Testimonies of gradual settling in Upper Posázaví date back to the first half of the 1200’s until 1300, including mentions of the Žďár monastery’s founders – the lords of Křižanov and Lichtenburg in chronicles of the monastery written in Latin, entitled “Cronica Domus Sarensis”. The chronicles are a precious source of learning about everyday life in those days. The author of the chronicles is a Cistercian monk named Jindřich Řezbář.

He came to Žďár in 1257 with his father, a master mason Ekward, as fifteen-year-old boy. The annals say nothing about this family’s life before that year. Jindřich joined the friars of the local Cistercian monastery and, in 1263, he became a subdeacon. However, just four years later, he left the monastery. He returned to Žďár only after 26 years, in 1294, towards the end of his life. The Chronicles say nothing about the time of his death or life as an “apostate from Christ”. After his return, as an act of penance, he carved artfully monastic benches and was nicknamed Řezbář (carver) in reminiscence of this activity. He authored the Chronicles of Žďár Monastery, where he described its founding, construction, and the first years of the monastery’s existence as Studnice Blahoslavené Panny Marie in Žďár, the new location of the town of Žďár, adding bits and pieces of his own life. Jindřich had probably started to write the Chronicles and finished tem around the year 1300. The historical annals say nothing about how and where the life of this reformed sinner ended. 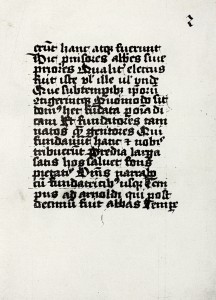 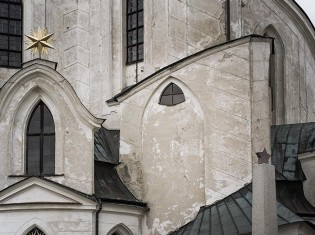 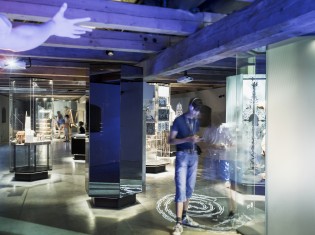