Tadeáš Nepomuk Steinbach joined the Cistercian Order in Žďár nad Sázavou and adopted the name Otto. When the highly educated and ambitious Steinbach became abbot, his interest in the monastery’s history outgrew the initial framework and put into the forefront of the Moravian historiographs of the Age of Enlightenment. It was, simultaneously, the era of an extensive secularization of monasteries. Initially, the Žďár monastery was not designated for closure, but after the disastrous fire that had struck the complex Abbot Steinbach himself asked for the closure. Although he had been away in Prague when the fire broke out, there appeared unsubstantiated accusations that defined him as a deistic arsonist and was bitterly reproached for the monastery’s closure.

The former Abbot moved to Prague, where he was at first enthusiastically welcomed by patriotically oriented historians and enlightened scientists. However, scandals and debts of the former Abbot had in the end led to falsification of post-bills. Moreover, he was suspected to have taken valuables unlawfully from the monastery that should have been handed out to the state. When Steinbach’s diary came to the light with descriptions of his rather unrestrained erotic life, he was imprisoned for moral delinquency. The penal commission, headed by Emperor František I, was surprisingly merciful and sentenced him to the destruction of his indecent diary. 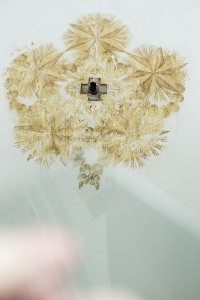 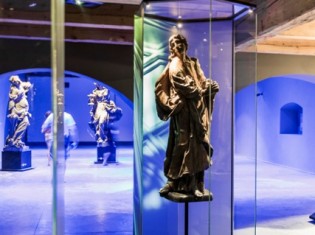