This remarkable man, who turned – jointly with Jan Blažej Santini-Aichel – Žďár nad Sázavou into a center of Baroque Gothic, was a son of the monastery’s brewer in Staré Brno. Already at the age of eighteen years, he joined the Cistercian friar brothers in Žďár. After completing theological studies in Prague and ordination as a priest, Václav Vejmluva was faced with a very difficult task as the economist and then secretary of the abbey, where he was in charge of the monastery’s renovation and restoration of its economy that had been destroyed by a fire.

In 1705, at the age of 35 years, by the time he was elected the monastery’s abbot, the monastery had been completely repaired and ridden of debt. The most important encounter in the life of the Abbot of Žďár took place about a year later, when he won the cooperation of a gifted young architect, Jan Santini-Aichel. Together, they designed the reconstruction of the whole monastic complex and the construction of a new church – the Pilgrimage Church of St. Jan Nepomuk at Zelená Hora.

Václav Vejmluva devoted equally much endeavor into economic development and solutions of social problems. A Santini project was also used for the construction of a hospice. Thanks to success in this area, the Abbot was promoted to an imperial councilman. In 1735, his endeavors peaked with the celebration of the monastery’s 500th Vejmluva’s triumphal thirty years of work did not last very long. Mere two years later, on 9.5.1757, the monastery caught on fire, again, probably due to arson. The fire destroyed a large portion of the library, as well as the furnishing sand decorations of the convent. The destruction of his lifelong work broke Václav Vejmluva – he suffered a stroke three days thereafter and died less than a year later.

For families with children 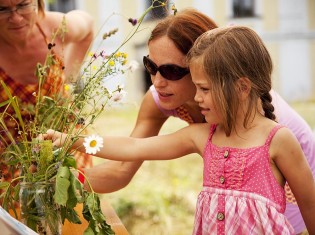